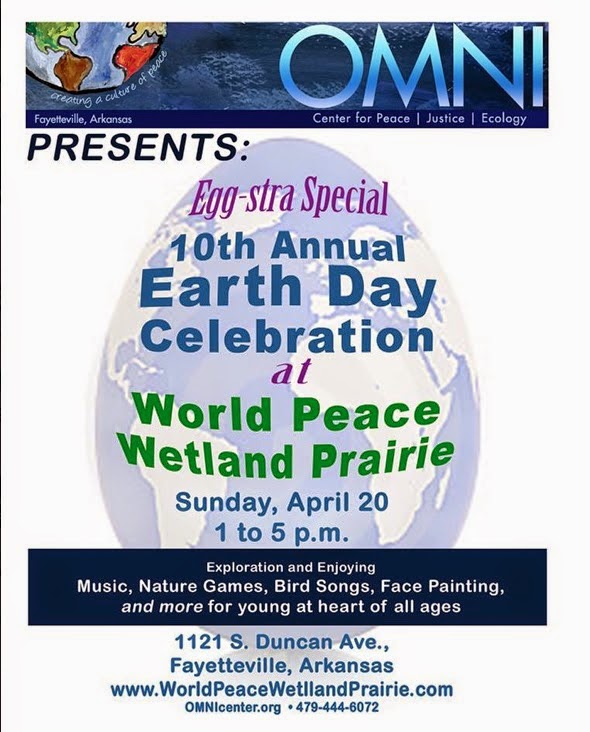 WPWP on Fayetteville AR Web site, thanks to Carole Jones of the city park department 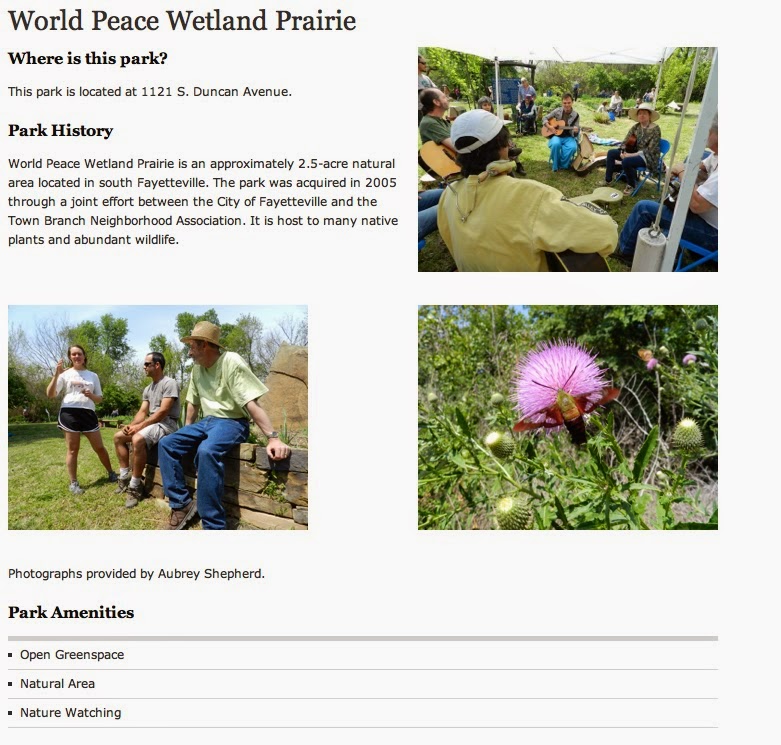 Monarch butterflies and milkweed in US, Canada and Mexico

World Peace Wetland Prairie won't be affected by clearing of wetland between Hill Ave. and Govt. Ave. but homes on Town Branch will 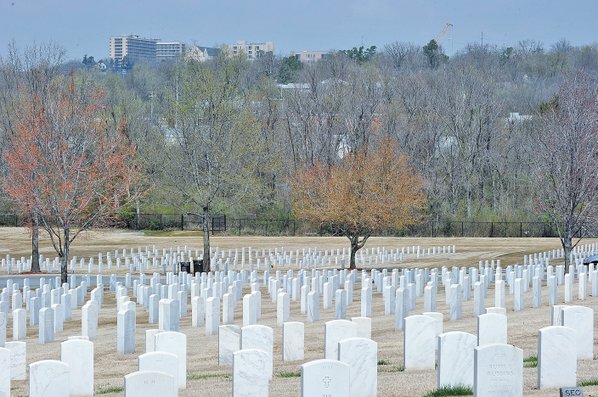 STAFF PHOTO Michael Woods • @NWAMICHAELW The north boundary of the Fayetteville National Cemetery will be expanded after a two-acre land purchase on Monday by the Regional National Cemetery Improvement Corp. The purchase will allow more space for military veterans and their families to be buried.
FAYETTEVILLE — Military veterans and their spouses will be buried in the Fayetteville National Cemetery for years to come thanks to the purchase of roughly 2 acres north of the cemetery's boundary.
The nonprofit Regional National Cemetery Improvement Corporation closed Monday on undeveloped land between Government and Hill avenues.
At A Glance
Regional National Cemetery
The Regional National Cemetery Improvement Corp. will continue to raise money for Monday’s purchase of about 2 acres north of the Fayetteville National Cemetery’s boundary. To donate to the nonprofit organization, go to regncic.tripod.com or call Corporation President Ron Butler at 479-750-2598.
Source: Staff Report
The group, composed mostly of military veterans, raises money to buy land for the national cemetery, 700 Government Ave. The burial site, owned and maintained by the U.S. Department of Veterans Affairs, is one of three national cemeteries in Arkansas. It is the final resting place for more than 7,000 veterans of the Civil War, World War I, World War II and the wars in Korea, Vietnam, Iraq and Afghanistan.
The group borrowed about $125,000 to pay for the $205,000 purchase from Capho Investments of Fayetteville. The rest of the money came from state money allotted by Northwest Arkansas legislators, private donations and proceeds from the group's annual 5K race.
"Without that money, none of this would have been possible," Wesley Stites, a member of the Cemetery Improvement board, said.
The land isn't directly adjacent to the 15-acre cemetery's northern boundary.
"We have captured that northern part that could otherwise have possibly been purchased for commercial or other use," Merle Williams, vice president of the group, said.
Ron Butler, corporation president, said the group didn't want to see more land swallowed up by apartment construction. The 632-bedroom Grove apartments opened east of the National Cemetery in 2012 after developers with a North Carolina company called Campus Crest purchased land where the Washington County Livestock Auction used to be.
"That ruined the natural expansion of the cemetery that most people had expected," Aubrey Shepherd, a member of the group's board, said.
The wooded land the corporation bought Monday will have to be cleared and leveled. Butler said it could be another five years before burials take place.
Shepherd said drainage improvements will have to be made, because the low-lying land captures stormwater runoff from surrounding properties.
About 300 burials take place each year at the National Cemetery. The federal government bought the original 5 acres for the cemetery in 1867 to inter the remains of Union soldiers who died in the battles of Pea Ridge, Prairie Grove and Fayetteville. The Cemetery Improvement group formed in 1984.
NW News on 04/08/2014
Posted by aubunique at 4/08/2014 11:56:00 PM No comments: