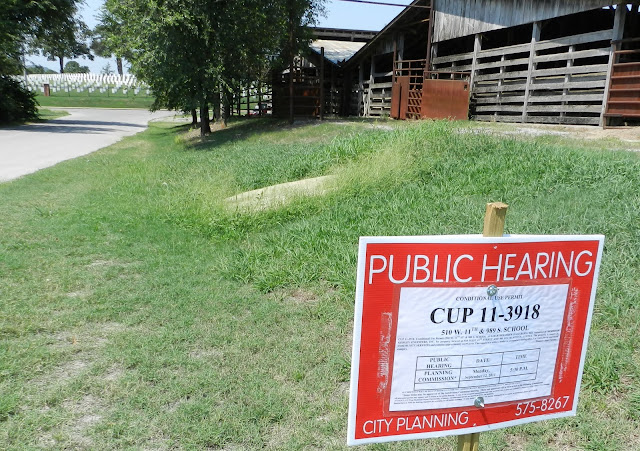 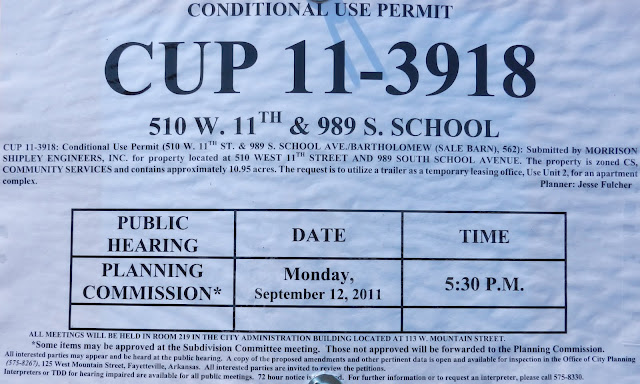 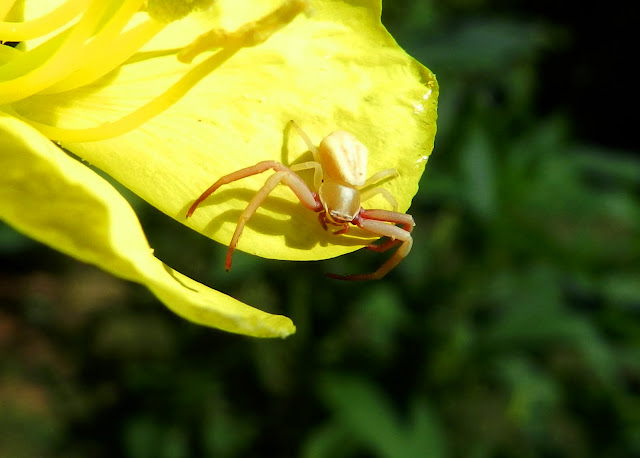 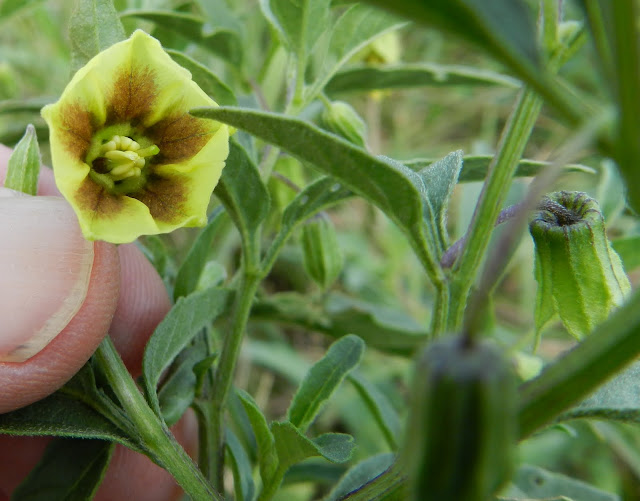 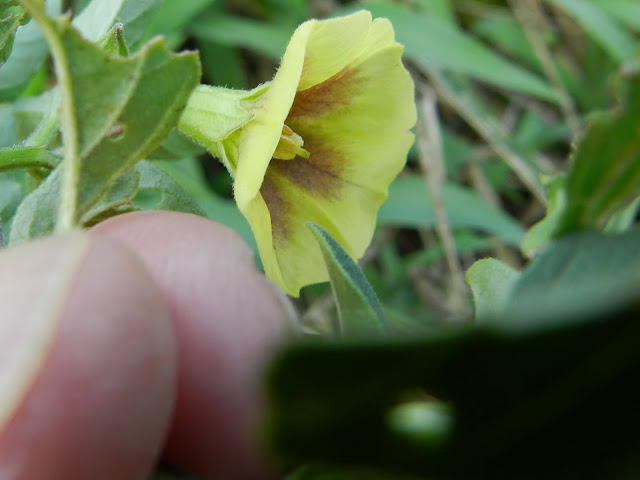 « Welcome to The Native Plants in the Landscape Conference

The Future of Gardening by Neil Diboll

The Future of Gardening:  Why Going Native is the Answer

TOMORROW:  DIVERSE ECOSYSTEMS that support a wide variety of life
TODAY:  FEAR and mistrust of the natural world and its attendant organisms (bugs,
mice, snakes, etc)

TOMORROW:  RE-INTEGRATION of people into nature and an understanding that
everything is connected and interdependent
WE MUST ENTER INTO A JOINT VENTURE WITH NATURE TO PRESERVE OUR PLANET AND THE SYSTEMS UPON WHICH ALL LIFE DEPENDS.

ONLY THEN WILL WE LIVE IN HARMONY WITH OUR FELLOW CREATURES ON THIS PLANET.

OUR QUALITY LIFE AND LONG-TERM SURVIVAL DEPENDS UPON THE SURVIVAL OF THE SYSTEMS AND ORGANISMS THAT SUPPORT US.

This entry was posted on Tuesday, April 26th, 2011 at 3:39 pm and is filed under Uncategorized. You can follow any responses to this entry through the RSS 2.0 feed. Both comments and pings are currently closed.

University of Vermont Extension
Department of Plant and Soil Science

FUEL-EFFICIENT LAWNS AND LANDSCAPES
Dr. Leonard Perry, Extension Professor
University of Vermont
With the price of gasoline and natural gas on the rise, most are looking for ways to cut their costs and save energy.  If you have a lawn or garden, you may not realize just how much fossil fuels you are using.  By knowing where these are used, you can look for ways to reduce consumption.  This will reduce your costs, and help the environment.
In a recent PPPro online newsletter Paul Tukey, editor of People, Places and Plants magazine, provides some sobering facts and helpful suggestions. Each year, a family with a one-third acre lawn will on average:
*consume five gallons of gas for mowing and trimming;
*apply the equivalent of seven gallons for fertilizing;
*burn up to five gallons for watering; and
*consume an additional gallon for cleanup.
That’s 18 gallons of fuel per household. With 120 million U.S. households, that’s the equivalent of almost 2.2 billion gallons of fuel used just for lawn care each year.  This does not count other landscaping activities.  So just how do we use so much?
Yale University has estimated that the United States uses more than 600 million gallons of gas to mow and trim lawns each year — about two gallons of gas for every man, woman and child, or five gallons per household. Mowers also consume engine oil in their crankcases, and two-stroke mowers consume oil in their fuel.
In addition to fuel consumption, mowers and outdoor power equipment contribute heavily to air pollution.  Operating a typical (4 HP) gasoline-powered lawnmower for one hour produces as much smog-forming hydrocarbons as driving an average car between 100 and 200 miles under average conditions. Gasoline-powered string trimmers are actually more polluting than many lawn mowers. One estimate (mindfully.org) states that “the 20,000,000 small engines sold in the U.S. each year contribute about one tenth of the total U.S. mobile source hydrocarbon emissions, and are the largest single contributor to these non-road emissions.” These include power blowers, rakes, and brooms.
Creating synthetic nitrogen for fertilizers requires the heating of natural gas to combine atmospheric nitrogen and hydrogen into ammonia. The amount of natural gas required to make approximately 200 bags of lawn fertilizer would heat your home for a year. Each 40-pound bag contains the fossil-fuel equivalent of approximately 2.5 gallons of gasoline. Transporting these bags of fertilizer from the factory and to your home requires additional fuel.
According to a California study, in many areas — especially in the West, where water must be moved great distances from reservoirs — the amount of fuel needed to pump the water is at least equal to the fuel used in mowing.

So what can you do? Here are ten tips to have a “fuel-efficient” landscape.
*Use an electric or non-powered push mower. An electric mower maintaining one-third of an acre for a season consumes only $3 of electricity on average. Electric mowers are 75 percent quieter than gas mowers. Push mowers, of course, consume no fuel and make little noise.
*Similarly, use traditional hand rakes and brooms instead of power ones and blowers to save fuel, and at the same time reduce air and noise pollution.  If you employ a landscape maintenance firm, encourage their use of these too.  Minimize the need for string trimmers.  Mulch along walks and around structures such as lamp posts to avoid having to trim weeds in these areas.
*If you have an old mower, consider replacing it.  Newer small engines run much cleaner.  EPA emission standards for such engines, to be in effect by 2007, are expected to reduce ground-level ozone emissions by 70 percent or 350,000 tons each year.
*Reduce the area mowed through use of groundcovers.  This is especially true in areas with water shortages.  Allow parts of large areas to grow, only mowing once or twice a season, creating a natural meadow.  You can still mow areas near drives and homes to maintain the more formal manicured effects in such highly visible and high traffic areas.
*Save rainwater and gray water. Gray water is that water from home use, except from toilets, and can make up from 50 to 80 percent of home waste water.  It comes from sinks, showers, and laundry and can be used for irrigating landscapes and lawns.
*Water deeply once per week on average, rather than frequently.  Drip irrigation and mulches also conserve water.  Using less water saves on energy use, whether you’re buying water that has to be pumped, or are paying an electric bill to pump your own.
*Use natural, organic fertilizers not derived from fossil fuels.
*Recycle grass clippings, mow higher and mix 5 percent clover into your lawn seed.  All these help recycle nutrients back into the soil.  Mulching-type mowers allow you to leave grass clippings on the lawn.  If you don’t have such a mower, and remove the clippings, add them to compost or use them to mulch gardens.
*Compost all yard wastes, except for diseased plants and plant parts. They can go into compost piles, saving gasoline hauling such to landfills and recycle centers.  If your landscape generates many twigs and other brush, consider buying or renting a home-size brush chipper.
*Finally, consider landscaping to reduce up to 25 percent of home energy consumption.  Foundation plantings can lessen heat loss from buildings.  Evergreen windbreaks can reduce heating costs in winter in windy areas.  Deciduous shade trees can reduce energy needs for cooling in summer.  According to the Department of Energy, only three properly placed trees may