Environmental Action Committee presents Amber Tripodi presenting on native bees and the decline of bees in Arkansas at 6 p.m. Monday at the Fayetteville Public Library

The Fayetteville Environmental Action Committee is hosting the following event...


Wildlife Habitat TM  Project Speaker Series Continues MONDAY NIGHT
Amber Tripodi will present "Native Bees and Bees' Decline" at the Fayetteville Public Library, Monday, June 27th from 6-7:30pm.
She will share her work on bee conservation in Arkansas and discuss how homeowners can provide habitat for these important pollinators in our community.

Free and open to public.
Please click on image to ENLARGE view of Arkansas native clear-wing moth. Click on enlargement for even closer view.

By The Associated Press
Today's Most Discussed Stories
The number of bumble bees is declining worldwide, and one University of Arkansas researcher says she will determine if that’s the case in the Natural State.
Ph.D. student Amber Tripodi said Monday she hopes to determine how bumble bees are distributed throughout the state by sampling bumble bees in every county as part of a new study.
Tripodi said the last time county-level data was compiled was in a 1964 survey, but that her study will have more accurate coverage of the entire state.
Tripodi said she is looking for volunteers to help provide samples from every county.
She said she began collecting samples in May and has already received 100 bees from across the state.
Tripodi said establishing baseline populations will help determine how bee populations change over time.
This article was published April 25, 2011 at 6:22 p.m.

Dogbane more plentiful than milkweed in Northwest Arkansas, so why keep it in your garden? Maybe in order to see some of the world's most beautiful beetles 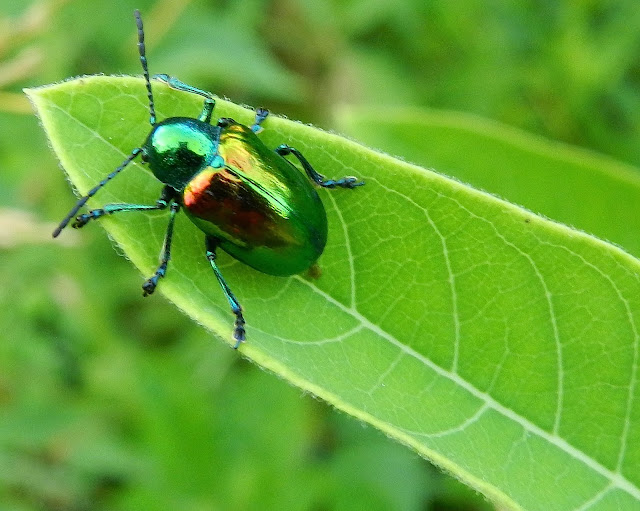 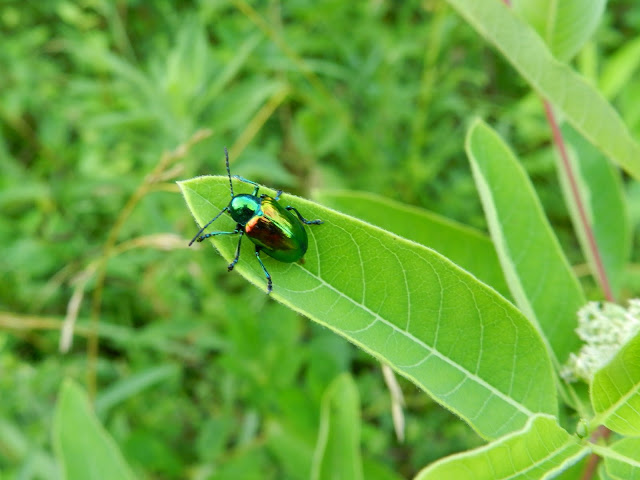 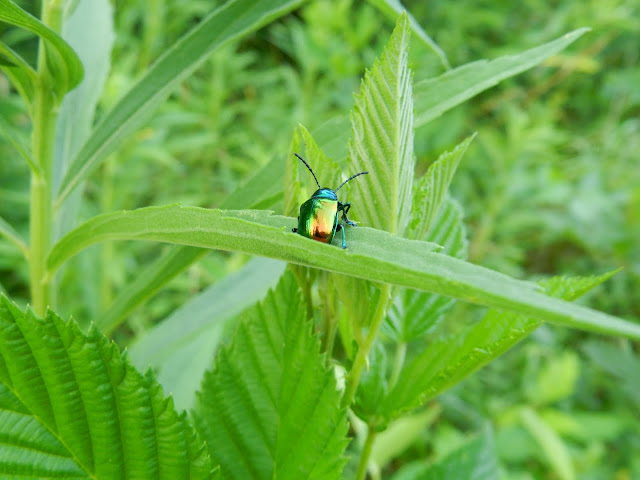 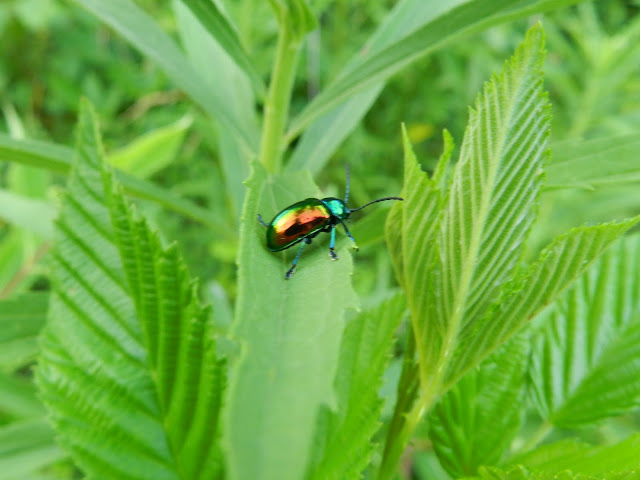 July 15, 2010 by annemccormack 13 Comments
Our guest blogger for today is Anne McCormack. I have known Anne (or known of her) for more than 25 years now, first as a long-time editor of Nature Notes, the journal of the Webster Groves Nature Study Society, and more recently on a personal basis as I, myself, have followed in her editorial footsteps. Anne is an astute naturalist whose breadth of knowledge spans not only botany but also entomology and ornithology, all of which she write about in her own blog at Gardening with Binoculars.

I planted Common Dogbane (Apocynum cannibinum) because some of my butterfly-watching friends reported numbers of juniper hairstreak butterflies on the patch of dogbane at Powder Valley Nature Center in Kirkwood. I assumed incorrectly that dogbane was a host plant for hairstreaks, and believing it to be little more than caterpillar food, I placed it in a hot, dry, narrow strip along the driveway. Ragged, caterpillar-chewed leaves wouldn’t be noticed there, and I forgot about it. After a few seasons, it was still a modest-sized clump, but the leaves were in great shape. In fact, it had grown into an attractive bush of airy, elegant lime-green foliage, wine-red stems, and tiny white flowers. It’s quite a contrast to its relative, Common Milkweed, growing next to it, which looks as if it were designed by Dr. Seuss—even before it gets chewed to bits. At this point I decided it was time to look it up and see why it had failed to support hordes of munching caterpillars. As you have already guessed, gentle reader, the Juniper Hairstreak’s host plant is juniper, not dogbane, but good old Common Dogbane is a great nectar plant. Now that Dogbane and I understand each other better, I can appreciate the amount of traffic its tiny white blooms bring in, like this Peck’s Skipper butterfly. Ants, butterflies, tiny native bees, honeybees, and this mason wasp are busy there all day long.

Along with several species of moth, it is the host plant for the Dogbane Beetle, which spends its larval stage devouring the roots and its adulthood dining on the leaves of Dogbane, and nothing but Dogbane. Dogbane Beetle can be confused with Japanese Beetle by beginners like myself, but unlike its fellow Coleopteran, Dogbane Beetle is harmless. That makes its iridescence all the more gorgeous, as shown in this wonderful photo by Courtnay Janiak. It’s a native insect that has shared a long evolutionary history with this under-appreciated native plant. American Indians valued it for its bark, which is tough but peels off in long strips. They plaited it for bowstrings and anything that called for twine; hence, its other common name, Indian Hemp. Don and Lillian Stokes, in their 2002 PBS show about bird watching, demonstrated how birds seek out the dry stems of this perennial, pulling off strips for nests in early spring. Nesting material can be hard to come by for birds in the tidy suburbs, so I don’t clean up the stems after frost. “Bane” in the name refers to the toxin cymarin in the plant’s leaves, though the plant would have to be covered in braunschweiger before my dog would be interested. Edgar Denison, in Missouri Wildflowers, translates the genus name Apocynum as “away dog.” The species name cannibinum refers to hemp. Its seedpods remind me of French green beans. These split at the end of the season, and the seeds fly away on fibers similar to milkweed seeds. Collect some and try this plant in your butterfly or native plant garden. Give it a spot where it’s easy to watch the colorful visitors. About annemccormack
Birds, native plants, and everything about nature!
Posted by aubunique at 6/26/2011 12:51:00 AM No comments:

Painted ladies on all continents except Australia and Antarctica
Vanessa cardui caterpillars worldwide utilize up to 100 host plants. 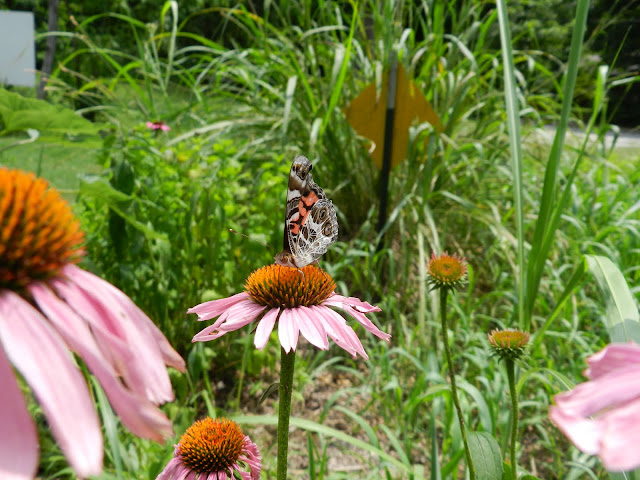 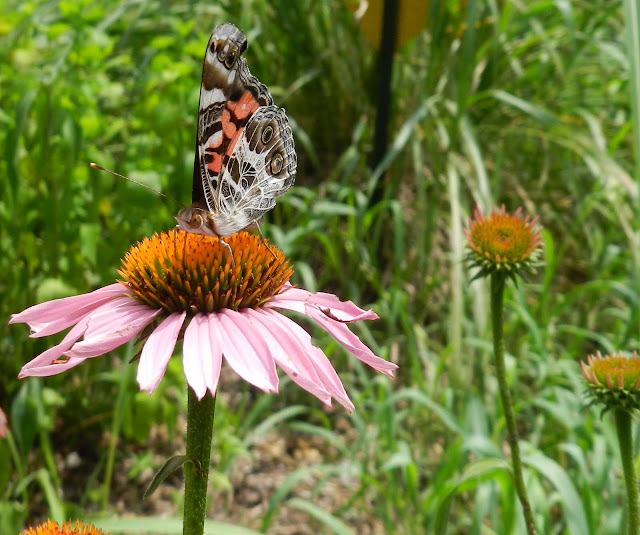 Please click on individual images to ENLARGE. Click on enlarged image again for even larger view of image. 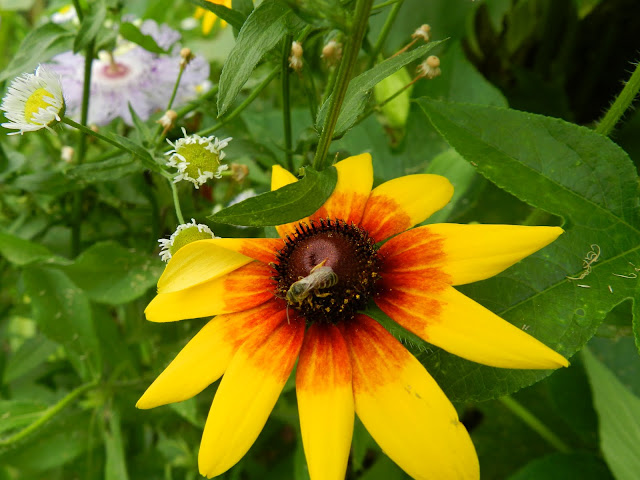 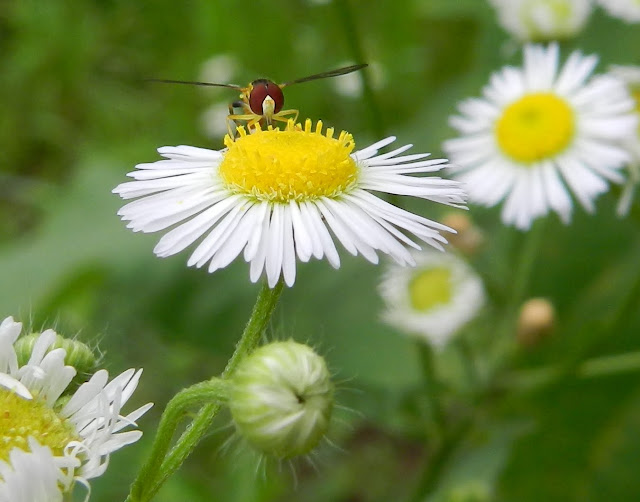 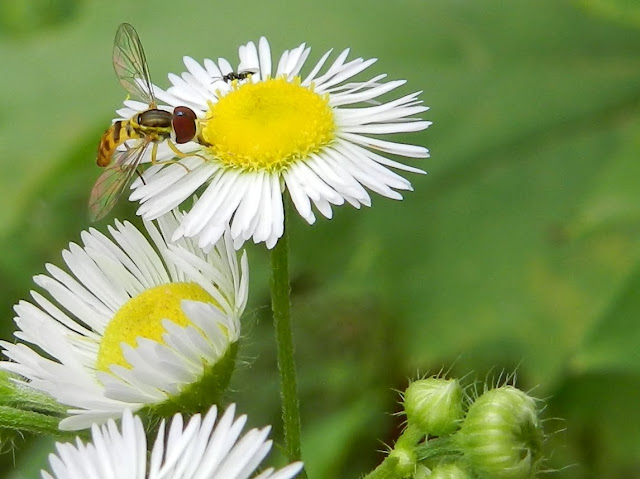 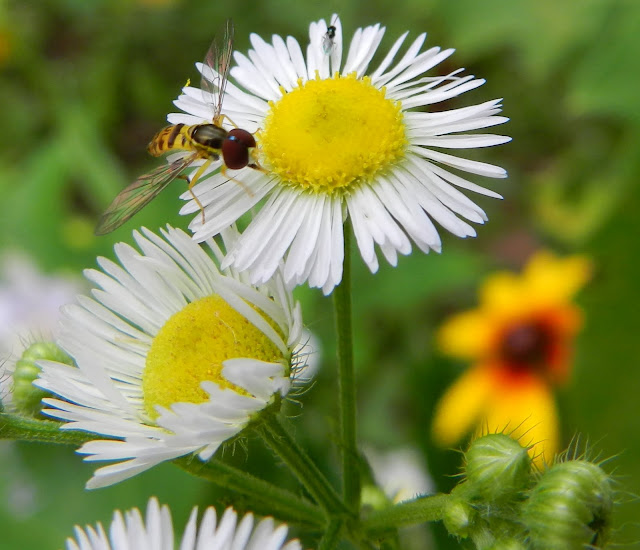 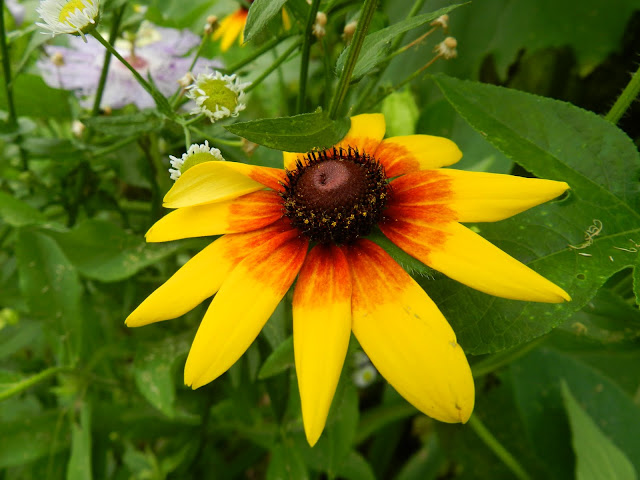 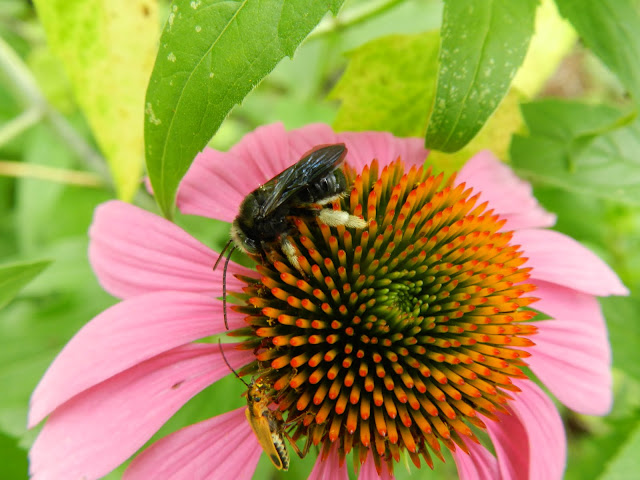 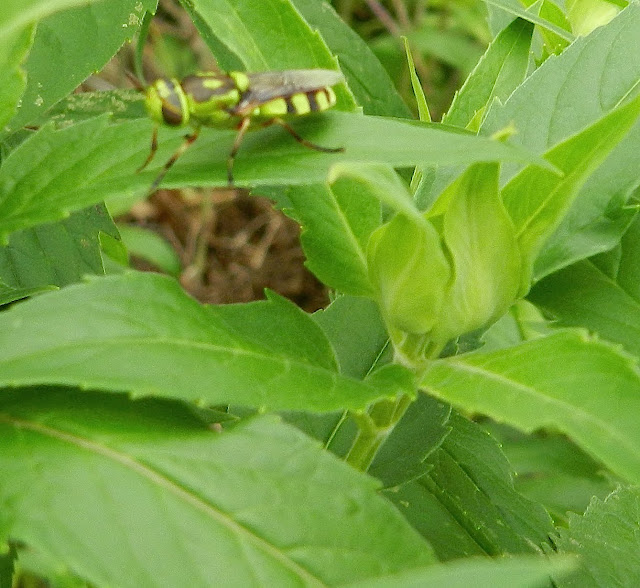 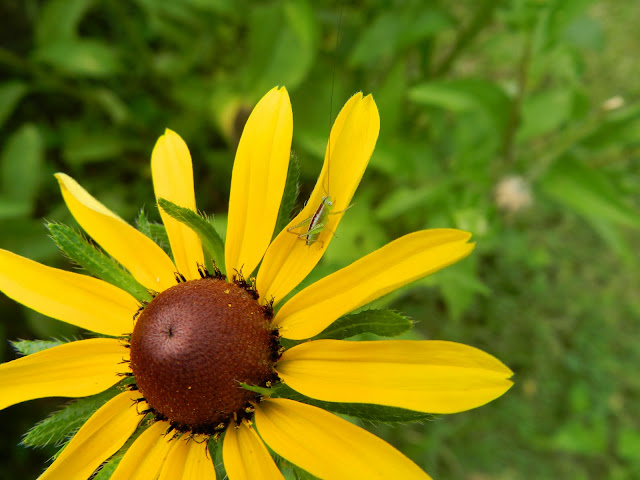 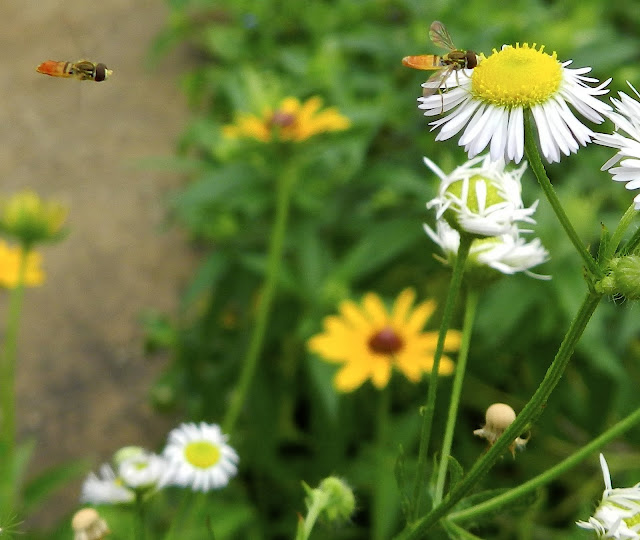 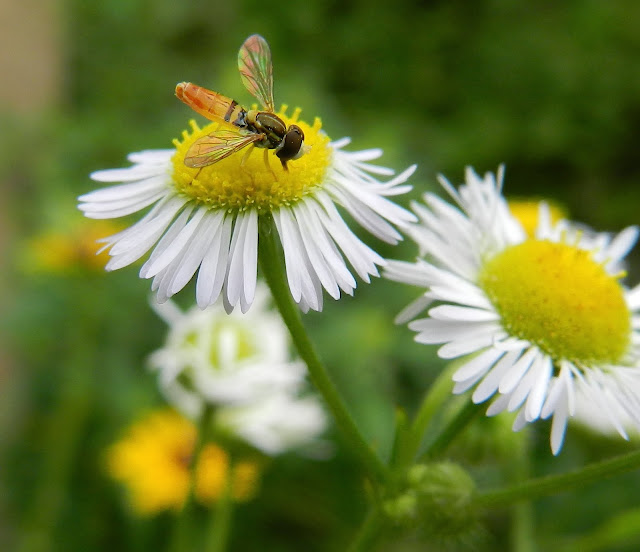 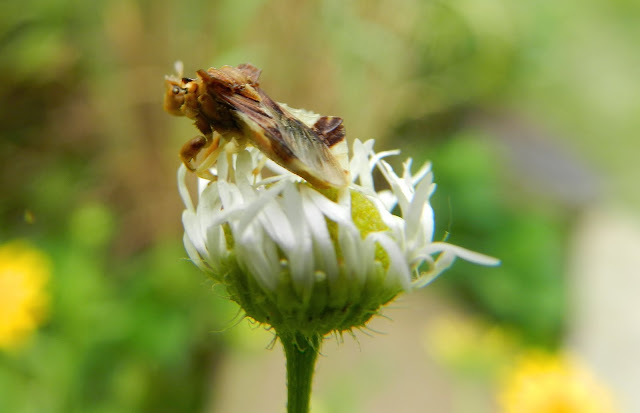 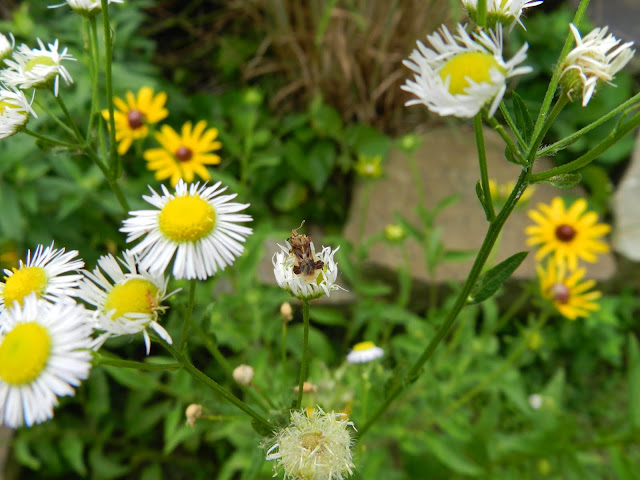 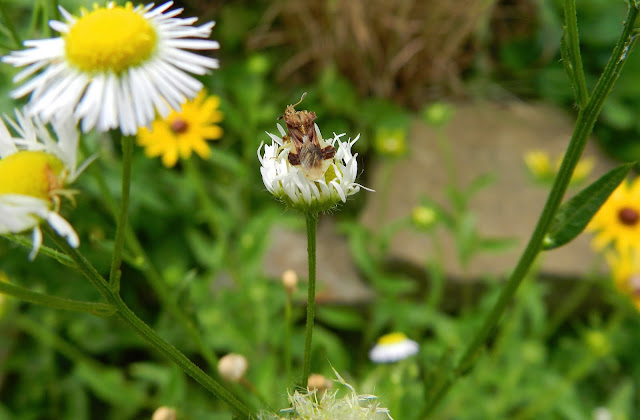 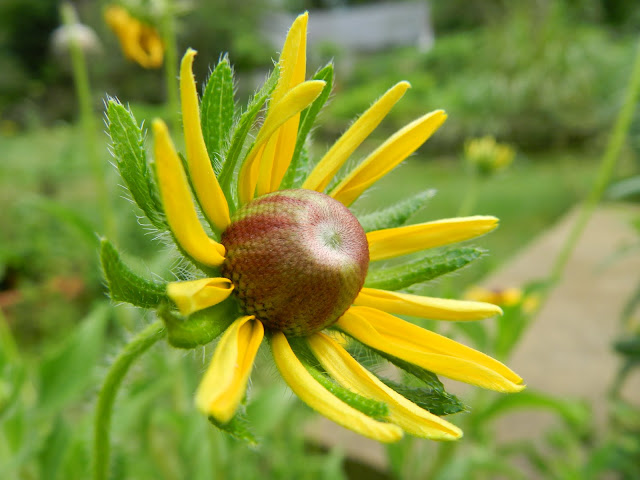 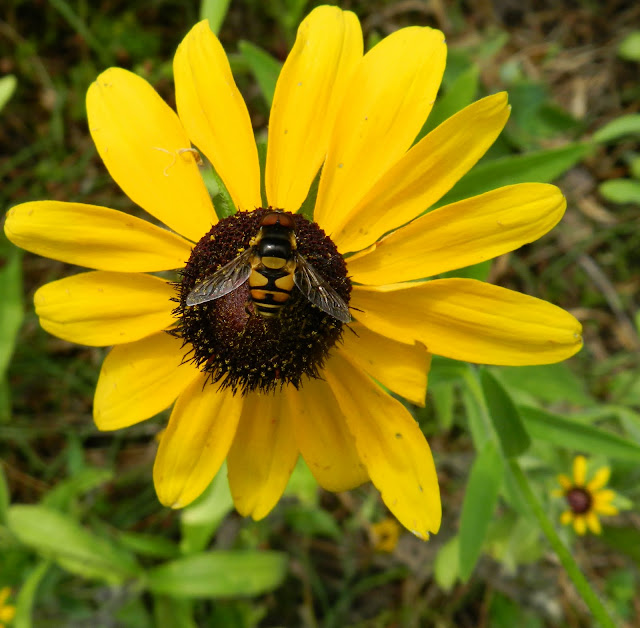 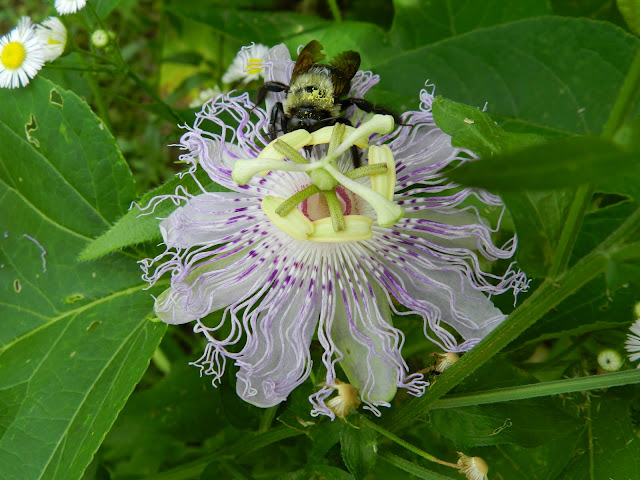 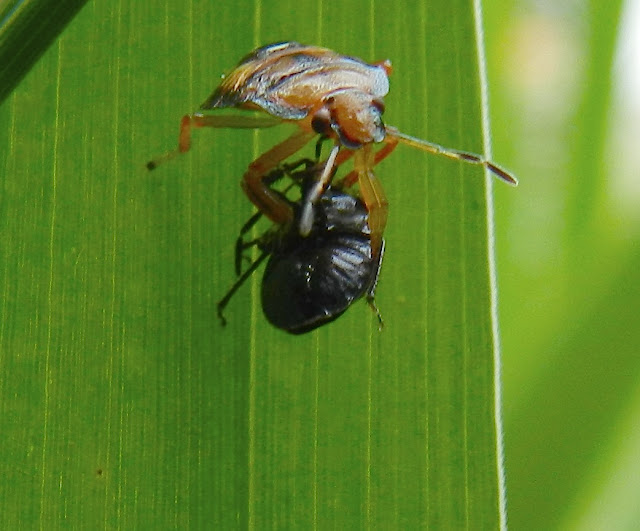 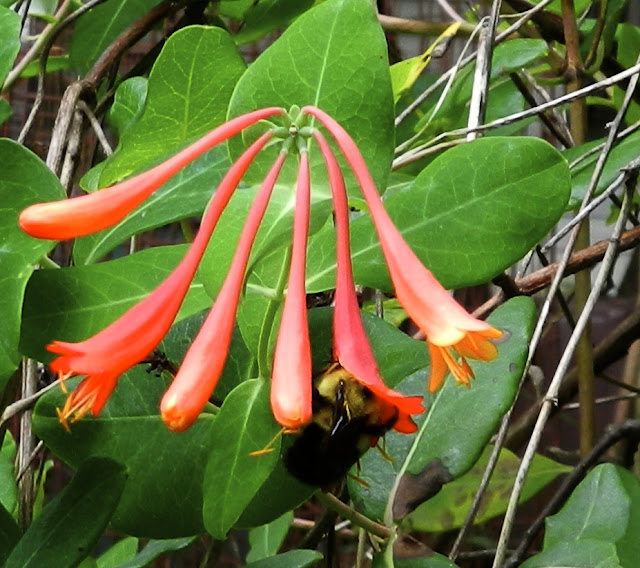 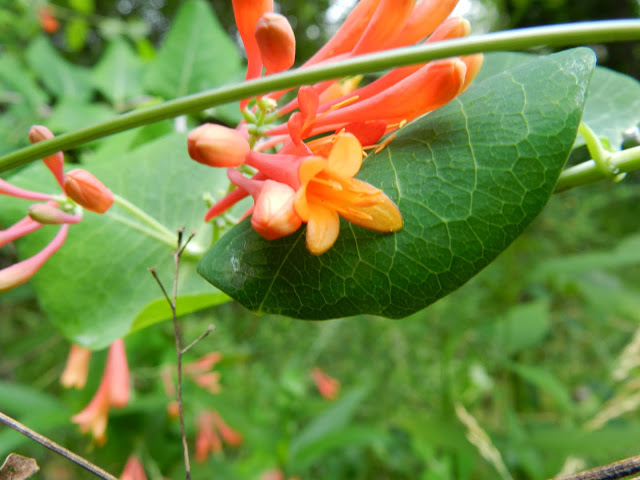 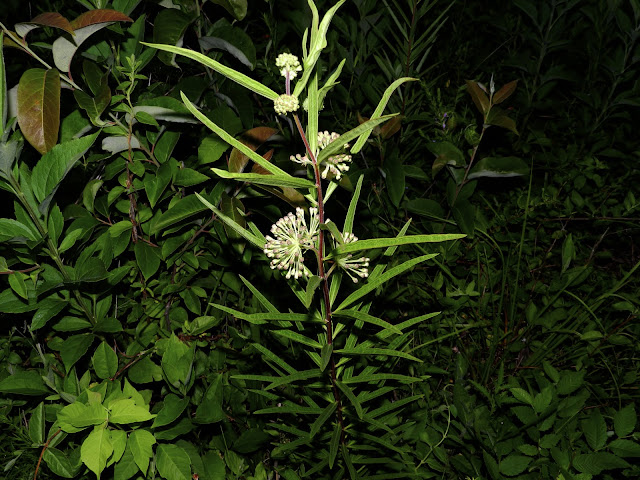 Syria day in Fayetteville, Arkansas: 'The people united shall never be defeated' video on You Tube (Aubunique channel) More video to come

As part of the Habitat Project, we are working on a "Species Watch" to begin gathering data related to the status and needs of various local species.  I will talk more about this tonight.
(EAC meeting is set for 5:30 p.m. Thursday, June 9, 2011)
I have coordinated with a doctoral student from the UofA, Amber Tripodi, who studies native bee's.  We gave her 4 locations throughout the city that represent, more or less, North, South, East, and West, and that serve as habitat hubs already.  Those are; the Paul Noland WWTP, Woolsey Wet Prairie, Lake Fayetteville Prairie Restoration Site, and the World Peace Wetland.
She is monitoring each site, every two weeks throughout the summer, and will be putting together a report of her findings.  She will also be our speaker series presenter on June 27th.
FYI, Below is her first unofficial report.
Terri
Terri,
The habitat sites are fun, and I've been hitting Noland, Wet Woolsey, Lake Fayetteville and World Peace every two weeks. They are such different sites, so the bee report is across the board. Noland is my favorite for bees, so far, but Wet Woolsey and World Peace are awesome too. I have yet to find a single bumble bee at the Lake Fayetteville site, but there is little blooming there for now. I'm suspecting that they're all over at the buffet at the Botanic gardens. Still, I think it makes an interesting contrast to the other sites, and it'll be fun to see what pops up over the next couple of years! I have been IDing a few of the dynamic insects that I do find there, so you'll still have a few things to add to the species list. Last week I found a really pretty longhorn beetle I hadn't seen before: Purpuricenus humeralis. Neat! I've been keeping a list going for each site, but there's not a lot on it yet. Maybe by the end of this month.

For larger view and up to full screen, please use You Tube logo at bottom right.

Lonicera sempervirens can be spectacular: One stem end has caught my extra attention the past week 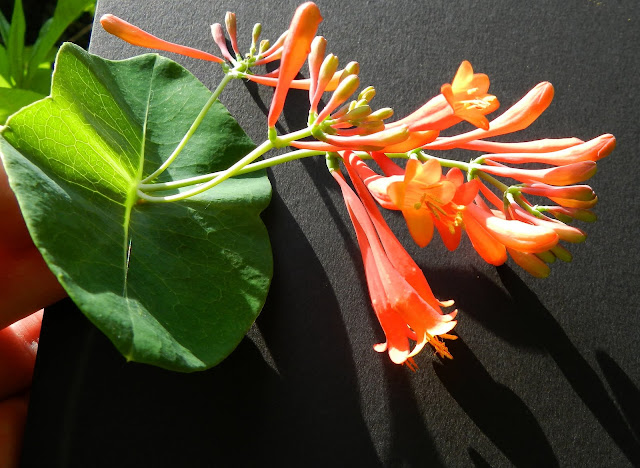 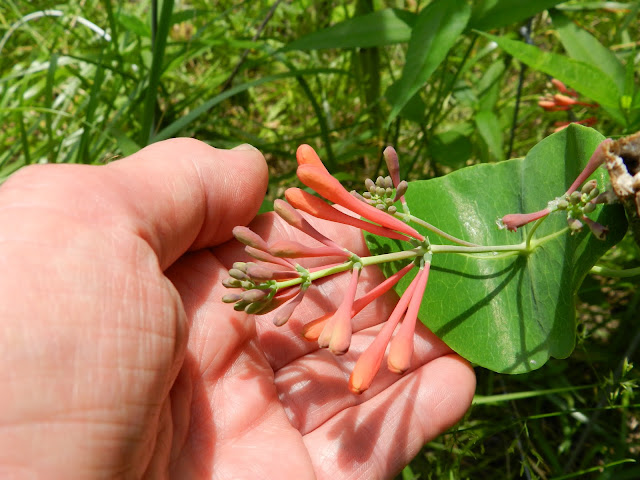