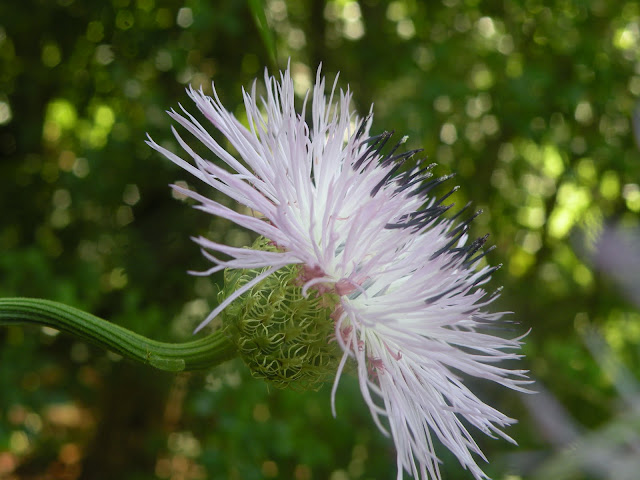 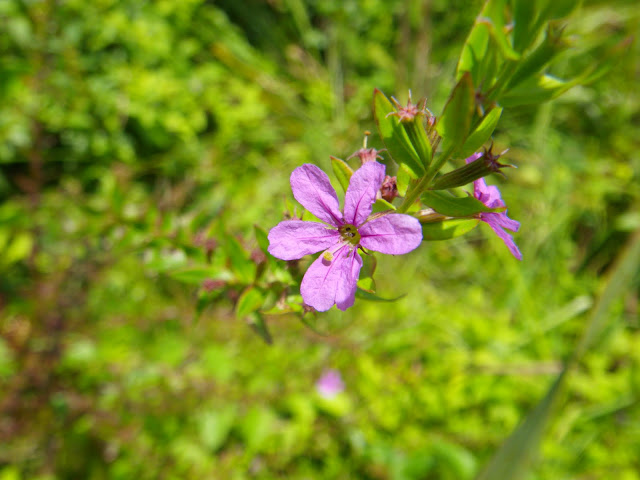 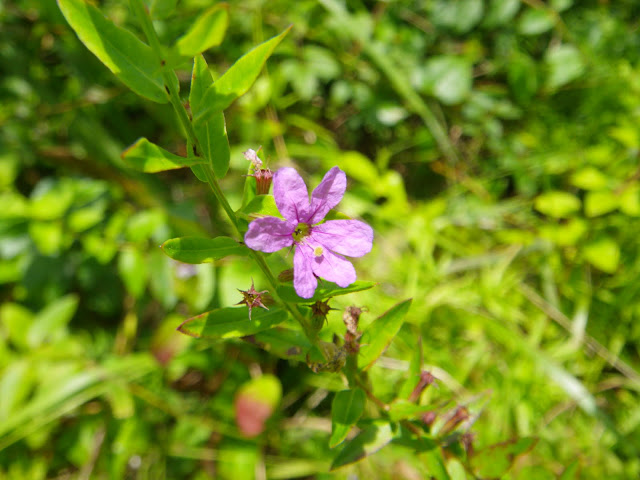 Please click on individual images to ENLARGE for wider view. 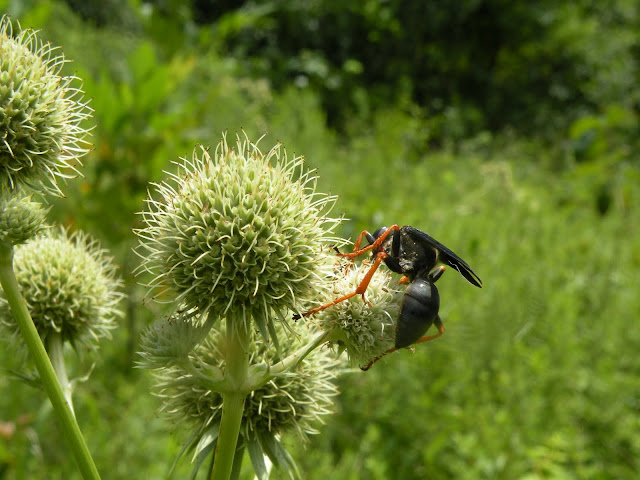 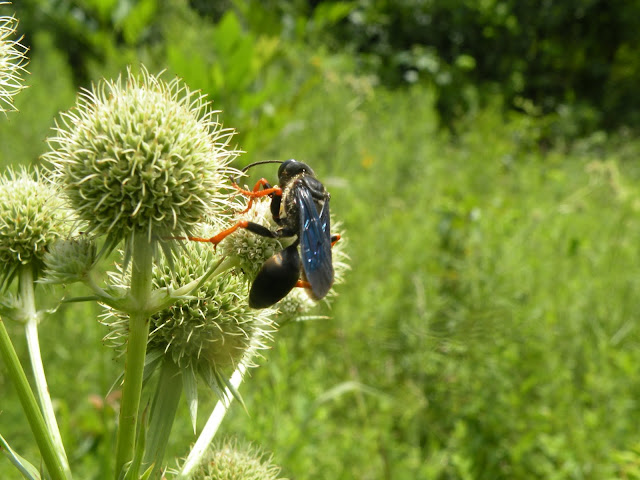 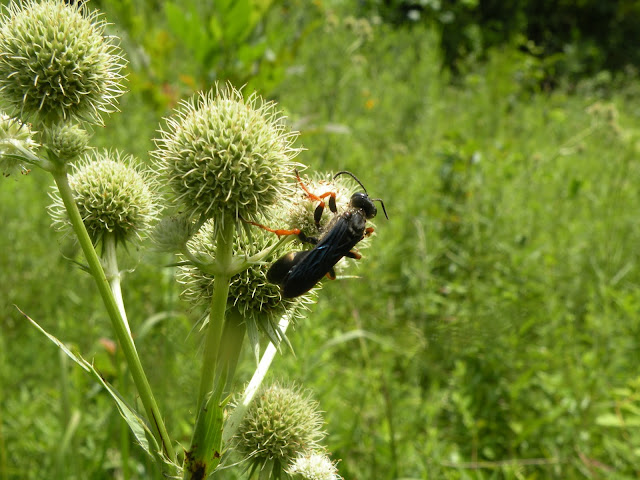 Please click on image for wider, enlarged view of basketflower on July 24, 2010. 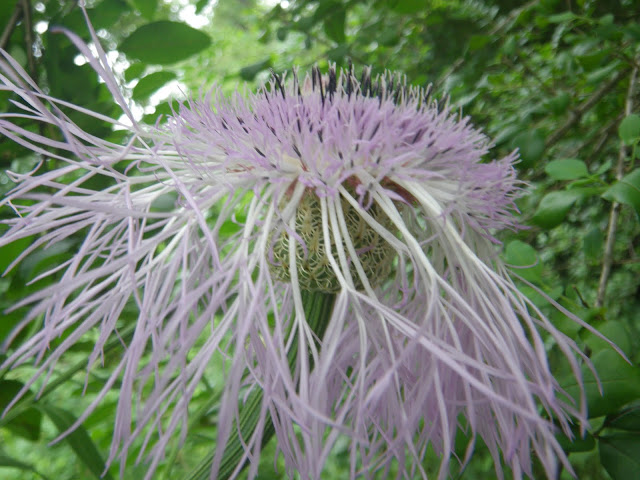 Land-use and green-infrastructure committee of Fayetteville forward to meet at 3:30 p.m. Wednesday, July 28, 2010, in Room 11 of city hall to discuss stormwater managment and erosion-control ordinance being considered by City Council on August 3, 2010

To the Fayetteville Forward Land Use Planning and Green Infrastructure Committee-------

Not much has been happening this summer with our committee, but that doesn't mean green infrastructure matters aren't moving right along.  One in particular will be on it's third and final reading at the next City Council meeting on August 3, 6pm,  City Hall.
This is what is being considered for the council's vote:
THE COMPLETE TEXT CAN BE ACCESSED FROM THE FRONT PAGE OF THE CITY'S WEBSITE  www.accessfayetteville.org  OR DIRECTLY AT:

The yellow highlighting on the document is where changes have been made, and  which are being voted on .  Members of this committee with interest in land use should pay special attention to  this amendment so please look over it .  Sarah Wrede, from the city's engineering department and who handles matters involving storm water, will be available to explain the amendment and to answer questions.  We will be meeting with her next week  so please come if you can.
Thanks,  Fran
Wednesday, July 28, 3:30 pm in Rm 111, City Hall
Also don't forget the conference next week June 29-30 that I sent notice out about last month. 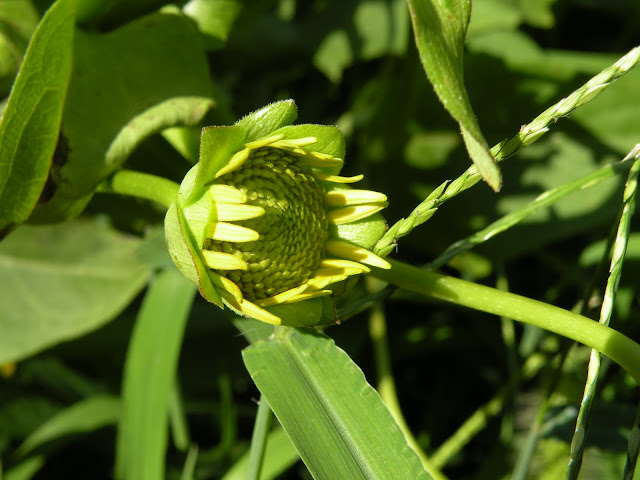 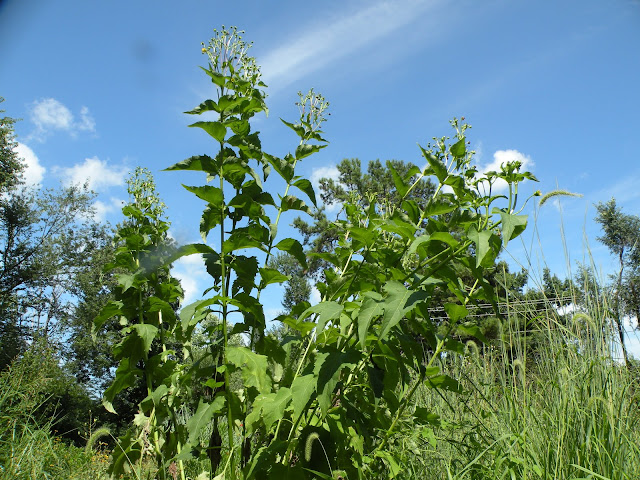 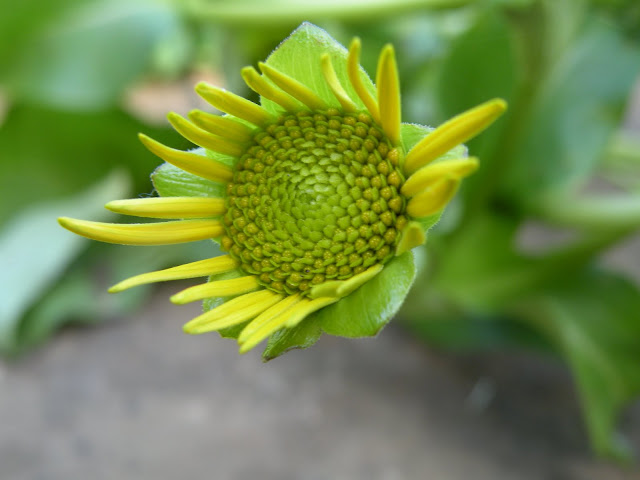 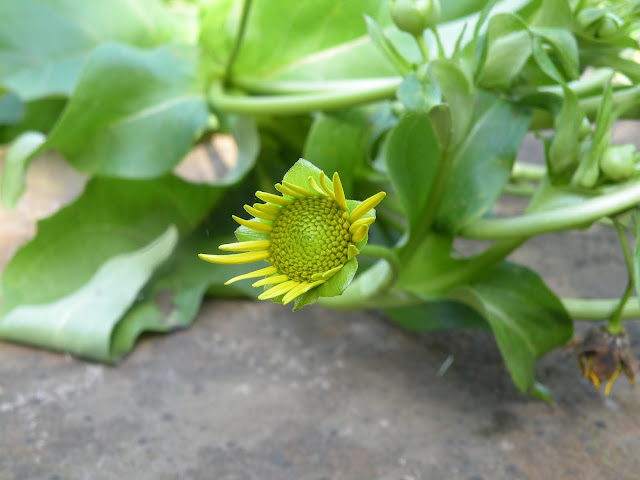 
ScienceDaily (Mar. 24, 2010) — South Dakota State University research is exploring a native perennial called cup plant as a potential new biomass crop that could also store carbon in its extensive root system and add biodiversity to biomass plantings.
See Also:
Plants & Animals
Earth & Climate
Reference
Researchers are exploring whether cup plant could be grown in low, moist prairies generally unfit for cropland. It would be grown and processed along with native grasses grown for biomass.
"We anticipate down the road there's going to be a need and maybe even a market for plants that can store carbon under ground and be part of a biomass production system," SDSU professor Arvid Boe said.
Boe, a plant breeder, is the lead investigator on a grant of $324,336 from the U.S. Department of Energy channeled through the SDSU-based North Central Sun Grant Center. Project goals include studying genetic variation and developing molecular markers in cup plant populations from the eastern Great Plains; developing new cultivars that can be grown in combination with other biomass crops; determining best practices such as seeding rate, row spacing, harvest timing and nutrient management so that producers will know how to grow the plant; determining life histories of insect pests; and determining biochemical composition.
Boe said cup plant, or Silphium perfoliatum, is a member of the sunflower family found in moist low ground in the eastern Great Plains, where it can grow more than 7 feet tall. It has large seeds and good seedling vigor, and it yields a lot of biomass.
"It's conspicuous in the prairie as a very productive forb in a tallgrass prairie where you have your major grasses such as big bluestem, switchgrass and prairie cordgrass," Boe said. "We haven't come up with too many things to grow with our grasses to add biodiversity to these biofuel mixtures that we're anticipating growing down the road. It's very compatible with such things as switchgrass and prairie cordgrass and big bluestem."
Boe said scientists don't envision planting entire fields of cup plant. Instead they view it as one in a mix of biomass species that would be seeded in zones best suited for them, just as in the original tallgrass prairie. Boe and his colleagues -- borrowing a term used years ago by conservationist Erling Jacobson of the U.S. Department of Agriculture's Soil Conservation Service -- speak of "sculpting the landscape" with native grasses best suited to different locations in the prairie.
"We don't necessarily have a mix at any particular area, but we have various species wherever they're best adapted on the landscape. It doesn't make any sense for us to have mix switchgrass, big bluestem and prairie cordgrass together and plant it over a whole field. After five years, the species that are best adapted are going to take over anyway in their particular niche," Boe said.
"We're going to go in and we're going to plant essentially monocultures of these various species where they were in the original tallgrass prairie. There were monocultural stands in the tallgrass prairie, but they were zonal."
Cup plant is probably best suited to the same kind of terrain that switchgrass likes, Boe said, just above the prairie cordgrass zone, and possibly all the way up to the edge of the big bluestem zone.
"It fits the low prairie or moist prairie-type environment that we're shooting for and might even work out pretty well with prairie cordgrass," Boe said. "So we add diversity to that low prairie environment that is marginal land not suitable for cropland and also not a good environment for switchgrass to grow. We're not taking cropland out of production to put cup plant in there. We think it will grow in areas where crops wouldn't survive or couldn't even be planted on a regular basis."
Cup plant is likely to increase biodiversity in a plant community because it attracts a variety of insects and even birds. Goldfinches drink out of the leaves, and the stems provide perch areas for grassland birds.
SDSU professor Paul Johnson, an entomologist, adds that SDSU is also interested in a species of moth called Eucosma giganteana, first described by a scientist in 1881, that seems to have cup plant as its only host plant.
"In South Dakota, the giant eucosma has recently become more than just another interesting prairie insect because of interest in using cup plant as a biomass crop," Johnson said.
Larvae feed in the rapidly growing terminal structures, especially buds, where the damage can be extensive, often leading to complete loss of floral production. The end result can be significant loss of biomass through stunting and loss of vigor in the plants.
"Turning cup plant into a commodity thus converts the giant eucosma into a pest of significant concern," Johnson said.
"It's another case of a native prairie plant becoming a crop and the conversion of a previously neglected native plant predator to a pest."
Johnson is studying the life history of the giant eucosma as part of the SDSU project.
Perennial grasses will always be the base for biomass production, but cup plant is a complementary species, scientists say. Increasing number of species in the mix reduces probability of plant disease and insect pests attacking one species and causing large losses in yield.
Besides Boe and Johnson, other investigators in the project including forage researcher Vance Owens, plant scientist Catherine Carter and biochemist Duane Matthees, all of SDSU; Alex Kahler of Brookings, S.D.-based Biogenetic Services; and professor Ken Albrecht of the University of Wisconsin-Madison, an agronomist. University of Wisconsin research has already looked at cup plant as a perennial silage crop, but exploring it as a biomass crop is new.
Email or share this story:
|More